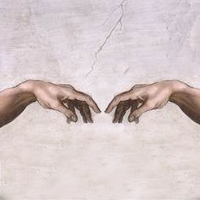 Why is it so hard to do the right thing?  You are probably not surprised to learn that I have a theory.

Dr. Google says that in psychology, the psyche is the totality of the human mind, conscious and unconscious.   An embellishment I’d like to add is that I think of  the psyche as composed of everything that we are aware of, plus everything we are not aware of.

What I’m saying is that it seems to me each of us is conscious of a relatively few things, but what we are unconscious of could be described as pretty much infinitely vast.  I think what we don’t know is a LOT more than what we do know.  And what we do know we probably do not know fully.  Rather I think we capture as best we can mental images of what we are becoming aware of, and I propose that the way our minds organize those images has a lot to do with why it is hard to do the right thing.

As I understand it, images in our minds that are similar naturally arrange themselves into clusters. And any particular cluster of images that gets very big also gets complex.  So complex, in fact, that it begins to develop a personality.

For example, sailors spend so much time thinking about their ship that “she” takes on personhood, complete with virtues and fickle behavior.  They talk to her, court her favor, and in times of stress plead with her to be strong, or gentle, or forgiving.  Similar relationships almost always develop, I think, between sailors and the clusters of images that have coalesced in their minds into personalities corresponding to the wind and sea.  If I’m on to something here it may be that an emotionally comforting benefit of this process is that it allows us to feel personally involved with the events of our lives.  Allows us to feel engaged with, and therefore possibly have some influence upon, what happens to us.  It’s all not just accidental.  Someplace, somewhere there is “someone” we can appeal to for help or mercy or affirmation.  And it is here, I think, that even “good folks” go off the rails and doing the right thing gets tossed out the window.

I suggest that turning to an important image in our mind for help, mercy or affirmation is the juncture where all hell breaks loose because of an area of the brain called the fusiform gyrus. If Dr. Google is to be believed, that structure is devoted solely to the task of performing facial recognition.  In other words we are wired to be very good at aligning the features of faces we see in the world around us with images in our minds.  And it appears that sometimes…rather often, actually…we align faces we meet in the world with non-actual personalities that have formed in our thoughts as a consequence of constellated related images.  Images of love and hate and kindness and evil.  Think, for example, of the man who can only see good in a particular woman who is clearly no good for him.  Or a woman who continues to love a man who hurts her again and again.  The image in their mind trumps what’s taking place before their eyes.

About 800 years ago there lived a fellow named Ibn Arabi who longed to “remember” God.  His studies and experiences caused him to conclude that God could not be found in religion.  Rather, he came to think that all religions had at their centers what he called “the God of the faiths” by which he meant that the followers of religions had not found God, but instead they had accepted “on faith” things that others had told them about God.

For example, let’s imagine a man or woman facing an intense challenge of life who spends a lot of time wondering, “How could this have happened to me?  I can’t accept that it’s all accidental.  There must be some reason for my distress.”  And over time those thoughts generate a constellation of related images in the mind that is of sufficiently complexity for a personality to emerge.  What happens next is, I think, THE BIG FORK IN THE ROAD.

At this point a person has a choice between a hard mysterious road that can only be traveled alone…and leads to an unknown destination…or an easy path that all their friends and family are taking.  A path that society says is correct.  A path that lots of people will hurt you if they think you have not taken it.

The easy road is when a person embraces a religion that has a face more-or-less resembling the image that is emerging in their mind of a personality that “makes sense of it all.”  Of course, that means making the big compromise that is faith.  The individual must suspend critical examination of gross inconsistencies between simple kindness and church teachings.  There is the comforting companionship of lots of co-religionists nodding that there is a plan behind what happens.  But so often there is also the hardening of the heart that makes it possible to turn a blind eye to the horrors of human suffering, magnified to monstrous proportions, by the sheer momentum of millions of the faithful who find licence for selfishness and cruelty in religious dogma.

The idea that someone else, or some institution, has the answer that “makes sense of it all” did not seem right to Ibn Arabi, so he traveled the hard road.  In solitude he contemplated God with such zeal that a constellation of related images evolved in his mind so complex and rich in detail that it seemed to him as “real” as a personality one might encounter on the street. And that sort of thing began happening to him.  While walking alone in contemplation he sometimes encountered a beautiful young man, or a woman lovely beyond words carrying a vessel of water.  And they would speak to him.  Of love, kindness and compassion.

As the world has become more secular…as the authority of religion becomes increasingly shared with politics…the constellation of images in our minds that seems to promise to “make sense of it all” is increasingly likely to land on public figures.  Often deeply flawed and sometimes even dangerously ignorant public figures. 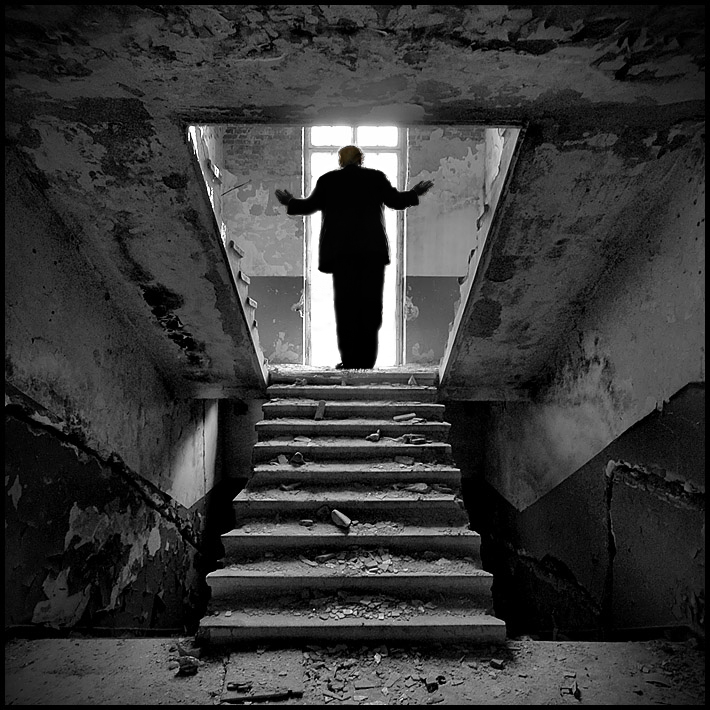