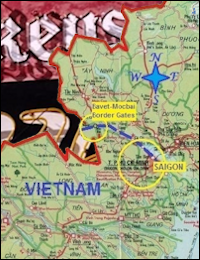 …perhaps a memory, something seen or heard that all thought inevitably circles back to.

In 1969, my last year in high school, I worked on the school newspaper. I had heard that the previous year’s class president – his name was Curtis as I recall – had sought sanctuary from the draft in a local Unitarian Church. I visited him and we talked for a while, then I wrote about him and the ideas he had shared with me in the following week’s edition of the paper. About a week later I heard that soldiers in uniform had gone into the church one night, beaten Curtis, and dragged him out onto the lawn where police were waiting and took him into custody. That was in Whittier, California. A sleepy college town where Nixon had spent much of his youth.

Late one Sunday night shortly after Curtis’s arrest I was working alone at school cranking out the Monday edition of the newspaper on the mimeograph machine. The paper’s staff moderator had given me keys so I could come and go at odd hours, and it was after 10. I was not expecting to bump into anyone, so I was startled to discover a guy named Don who I had known since first grade standing in the doorway in army dress uniform. END_OF_DOCUMENT_TOKEN_TO_BE_REPLACED