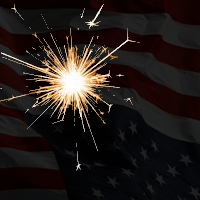 END_OF_DOCUMENT_TOKEN_TO_BE_REPLACED

One of the things I discovered when I pulled together my thoughts regarding the image at right is that it is the most recent in a related series. Predating the black-and-white digital composition is an unfinished oil painting. And long before both there was the ornately carved exterior of a large trunk my grandmother brought back from “the Orient” in the 1920s.  [Actually, my grandmother did not visit the orient and return with the chest.  Please see the correction at the bottom of this post.]